The 3rd edition of DocuDonna will also be held in Massa Marittima, from 8 to 10 October, at the Sala dell’Abbondanza / Cinema Goldoni.

In addition to the documentaries, the festival presents a few special events:

During the days of the festival all the documentaries will be subtitled in Italian and English. 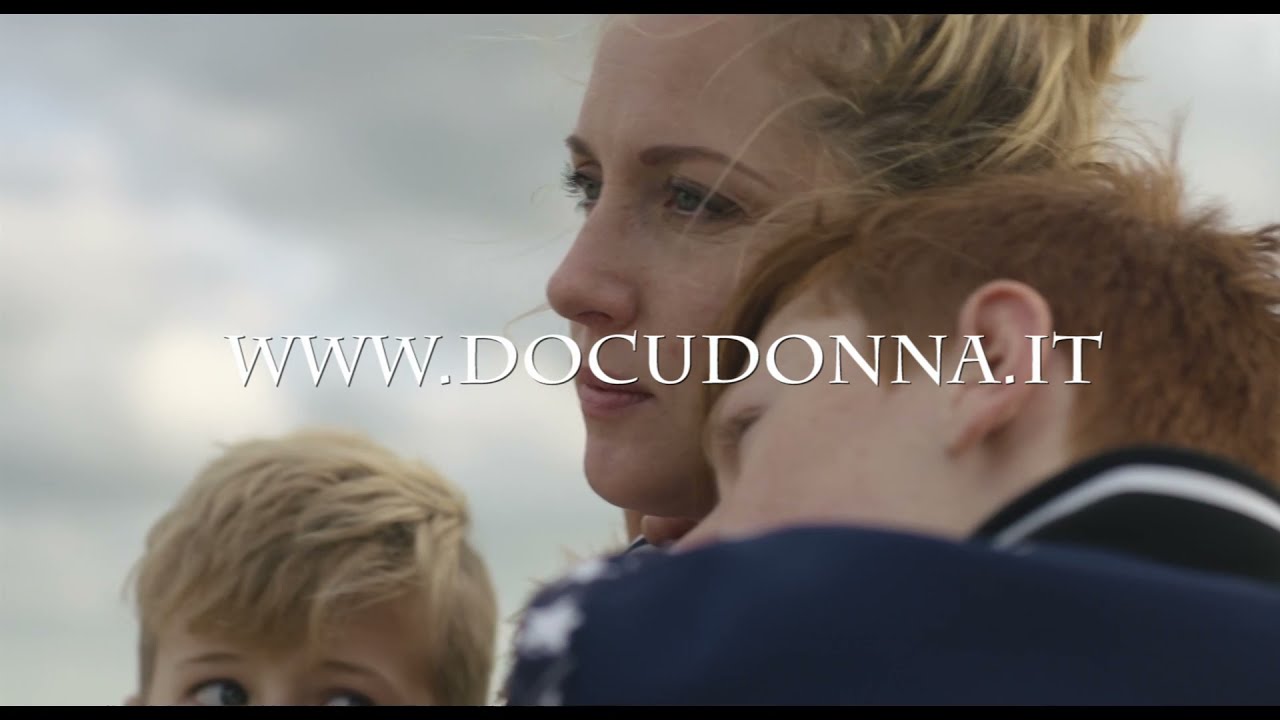 WHY DIDN’T YOU STAY FOR ME?
Milou Gevers

Directing: Bart has made commercials for international brands such as Puma, Volkswagen, Citroen, Nokia, Hallmark, Coca Cola and Pepsi to name a few, but also short documentary films, music videos, a series of art programmes for television, etc. He has won numerous national and international awards. Among them Cannes Lions and the Golden Award in Montreux. Recently he made videos for an awareness campaign against child prostitution in third world countries: “Free a Girl”, using face-swapping technology. Bart also made a video in order to raise awareness about sexual harassment against women in support of the #MeToo movement.

Independent producer and author. Along with documentaries about nature and history, her productions mainly address the issues of civic engagement, solidarity, and the talent for representing the complexity of the present through art and one’s own life choices.
From 2019 to 2021, Claudia Pampinella was President of Doc/it Associazione Documentaristi Italiani. She graduated with a degree in German literature from the University Ca’ Foscari in Venice, writing her thesis on theater and film in the work of Arthur Schnitzler. Subsequently, she received her Master’s Degree in Arts Management from the University Cattolica del Sacro Cuore in Milan. She has been a journalist and publicist since 1994. From 1994 to 2000, she was head of the Press Office for the Teatro Nazionale in Milan, and from 2006 to 2011 she collaborated with the Fondazione Cinema per Roma. Starting in 2000, she devoted her energies definitively to audiovisual production, first with L’Altravista, a production company made up of women professionals that focused mainly on recapturing visual memories; at L’Altravista she produced numerous documentaries for THE HISTORY CHANNEL and RAI that have made the rounds of international festivals. Since 2013, she has been a partner of  Talpa Produzioni with filmmaker Daniele Cini. For RAI 1 she produced the documentary Bambini Guerrieri (Little Warriors, 2014) directed by Daniele Cini.

Since 2015, she has written and produced roughly 40 documentaries for the program GEO on RAI 3. In 2019, under the aegis of Doctors Without Borders, Sea Watch and the Pope John XXIII Community Association, she produced the documentary La Febbre di Gennaro (52’) directed by Daniele Cini and distributed by Minerva Pictures on SKY PRIMA FILA. In 2020, for RAI CULTURA, she produced Il Ragazzo con la Leica, 60 anni di Storia italiana nello sguardo di Gianni Berengo Gardin (The Boy with the Leica, documentary 60’) directed by Daniele Cini, which aired on RAI 5 in April 2021.  Currently she has the following documentaries in development: Giro di Banda; Pictures of Sound, in viaggio con Guido Harari; and Mi riprendo la vita, Paola Agosti.

Ingrid van Tol is an independent documentary advisor and coach. In all of her work she is looking for new forms, experiments and new voices in film, especially from autodidacts. In addition to film and documentary she is an expert in  interactive and VR & AR projects. With this experience van Tol is an advisor for cultural funds and filmproduction companies (e.g. Basalt film, Submarine, Halal) and a coach for younger filmmakers. Last year she was the director of the Dutch Directors Guild. From 2000 until 2017 she was head of the documentary department at the Dutch Cultural Media Fund, which provided subsidies for more than 40 documentaries each year. Previously she worked as a policy maker and progamme maker for film, visual arts and new media at the Rotterdam Arts Council and as a programme maker at De Balie, the Netherlands’ foremost venue for contemporary arts, politics and culture.

Since 2018 she is the chair of the board of near/by film, a film production company with a focus on experimental documentary and ficton, essay film and artist films.

She was a member of the jury for several film festivals e.g. in 2016 for IDFA ‘s competition of the feature length documentary and for Hot Docs in Toronto.

Mariangela Barbanente was born in Mola di Bari and lives in Rome. She works mainly as a screenwriter for Italian TV series with some incursion in Documentary. For cinema she co-wrote the movie “L’Intervallo” by Leonardo Di Costanzo, which won the David di Donatello 2013 for the best debut. In 2000 she completed her first documentary film, “Sole”, which has been broadcasted in 15 countries. In 2005 she shot and co-produced the docu-series “Il trasloco del bar di Vezio”, in six episodes, that was broadcasted on the cable channel Planet. in 2011 with  “Ferrhotel” she received the prize UCCA – 100 città at the Turin Film Festival. In 2013 she co-authored “In Viaggio Con Cecilia” with the Italian famed documentary director dean Cecilia Mangini. in 2015 “Varichina”, a docudrama co-authored with Antonio Palumbo, has been nominated for the Nastri d’Argento shortlist 2016.

She was the first woman to be president of Doc/it – Documentaristi Italiani (2011-13).

She is now working with Zeitsprung Production (Germany) as author of a docufiction on the shipwrecking of the cruiseship Costa Concordia that will be broadcasted py RAI and SKY INTERNATIONAL in 2022.

Dutch artist Ruchama Hoed will present a selection of her works at DocuDonna 2021. The exhibition is entitled TEXTURES OF AFFECT, the result of an artistic-spiritual journey in search of inner luminosity, representing an interesting combination of contemporary art and the traditional technique of weaving on a castle loom, in which the multidimensional symbology of the interweaving of threads creates visceral works of art that express transformation from idea into form. An elaboration between contemporaneity and tradition that creates works with a unique style thanks to the use of materials such as satin, which enforces the expression of this brilliance.

Ruchama Hoed is a Dutch artist, who studied at the University of Humanities in Utrecht (NL) and then graduated in “visual art textiles” at Goldsmiths College Art Academy in London in 2008, creating a style all her own by combining performance with the infinite universe of textiles. In 2014 she came to Lucca to learn the ancient techniques and secrets of loom weaving, under the guidance of master Lucia Nesi Giardina (Progetto Mammut).

She currently lives between Italy and the Netherlands continuing her artistic path of professional and personal growth focused on “weaving life visible”.

Fourteen years have passed since Céline Sciamma, born in 1978, made her feature film debut with Naissance des pieuvres, after attending La Fémis, the most prestigious film school in France. Her success grew internationally with Tomboy and Bande de filles (known in Italy as Diamante nero) and became planetary with Ritratto della giovane in fiamme, followed by Petite Maman, which we will see in Italy this autumn. But Sciamma is also the author of screenplays for films by Jacques Audiard (Les Olympiades), André Techiné (When You’re 17) and Claude Barras (My Life as a Zucchini). His is a feminist cinema in which the queer dimension is often present, but it has never been relegated to a niche.

The monograph published by Asterisco is edited by critics Federica Fabbiani and Chiara Zanini, and also features Silvia Nugara, Elisa Cuter, Daniela Brogi, Ilaria Feole and Ilaria A.. De Pascalis. Its title is Architectures of Desire. The cinema of Céline Sciamma and can be found in bookshops, on the Asterisco publishing house website and in many online shops.

Journalist and writer, Federica Fabbiani has analysed, through lesbian film criticism, the way in which the gaze orients and conditions self-perception at the time of the media hypervisibility of lesbianism (Sguardi che contano, Iacobelli 2019); through the lens of feminism she has investigated television seriality (Zapping di una feminista seriale, Ledizioni 2018). She edits a podcast on lesbian cinema: Reno, 1959. She collaborates with the feminist magazine “Leggendaria”, for which she writes about cinema and TV series; she wrote about Sense8 in the book Il tempo breve (Iacobelli 2018) and about Tales of the city in Queer Gaze (Asterisco, 2020). She is programmer of the Some Prefer Cake festival. In the past, she has been interested in online journalism (Un mare di notizie, Etas 2003), lesbian cinema (Visioni lesbiche, 40k 2013), technology and media (various essays in collected volumes).

Chiara Zanini is freelance, critic, film programmer, trainer, diversity specialist, press officer. She writes for various publications, including Rolling Stone, Sentieri Selvaggi and Elle Decor. She wrote the introduction to Nostalgie urbane, a book-tribute to director Valentina Pedicini. She edits a newsletter called Cineaste, mainly dedicated to films directed and written by female and non-binary directors, and to diversity (cineaste.substack.com). She conducted the first research on diversity in Italian film schools and is a selector for three festivals: Documentaria, Docucity and V-Art Festival Internazionale Immagine d’Autore. She is particularly interested in unconventional cinema, human rights, cultural and labour policies.

The horror genre has always concerned gender issues, ranging from the opposition between the typical ‘damsel in distress’ captured by the male monster in classical horror to the ‘abject monstrous-feminine’ and ‘final girl’ in the modern horror film of the 1970s and 1980s. However, it is only since the new millennium that female directors have started to actively appropriate horror aesthetics in significant ways in their own films. In her lecture Patricia Pisters investigates contemporary women filmmakers who put ‘a poetics of horror’ to innovative and rebellious use in their work, thus opening a range of different perspectives on gendered as well as racialized themes of  horror beyond the confinements of the genre. By looking at several works of female directors she will discuss new takes on avenging women, bloody vampires, lustful witches, scary mothers and ditto off-spring and eco-horror as presented through the eyes of this new generation filmmakers that enlarge the generic scope and stretch the emotional spectrum of the genre https://euppublishingblog.com/2020/11/25/new-blood-in-contemporary-cinema-women-directors-and-the-poetics-of-horror/.

Patricia Pisters is professor of Film and Media Culture at the Department of Media Studies of the University of Amsterdam. In 2019 she was scholar in residence at EYE Film Institute Amsterdam working on images of extraordinary perception; and senior fellow at Cinepoetics at the Freie Universität Berlin. Her book New Blood in Contemporary Cinema was published by Edinburgh University Press in 2020. See also www.patriciapisters.com