Dariella (24) and Mirna (43), are two Honduran women who decided to es- cape the extortions from Honduran organized crime and look for a better life in the USA.

With their kids and other relatives, they join the ‘Migrant Caravan’ in Novem- ber 2018 to reach Tijuana, Mexico, where they attempt to cross the border. After failing a few attempts, they are rejected by the American Border Patrol and forced to live for a few weeks in a shelter. Exhausted, Dariella and Mirna decide to pay a coyote (smuggler) and cross illegally into the States. In San Diego they are arrested and registered by the USBP (US Border Patrol). Before being released, the Immigration office issues them with ankle monitors, with the duty of wearing those while waiting the results of the asylum requests.

The women travel to Louisville, Kentucky, where they are hosted by a spon- sor, Ms Vonnette, a wealthy Republican voter and senior Army officer, who wishes to help migrants.After a few days living together in Vonnette’s house, Dariella and her son leave and rent a small apartment where they can live with other young Honduran relatives. Mirna and her family remains with Ms Vonnette, who help her to fulfill the multiple immigration requirements for the asylum request. Dariella can’t work regularly due to the ankle bracelet and she’s often excluded even from the black market. She sends money to her mother in Honduras when she can, but she doesn’t manage to earn enough to pay the attorney.

The different choices and social contexts will put distance between the two women, affecting their future and the fulfilment of their dreams. 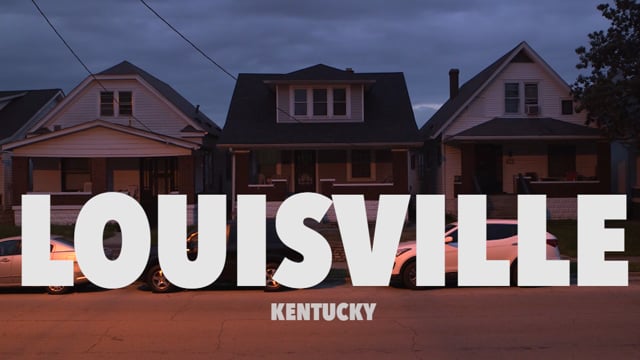 Francesca Tosarelli is an independent filmmaker and director, she has made documentaries for Witness-Al Jazeera, Arte, Canale 9, and collaborates as a DOP and videomaker for various clients including Scottish Documentary Institute, RAI, Channel 4 News, ARD, NHK. Her projects often develop in conflict zones, from the Democratic Republic of Congo through female guerrillas in Kivu rebel groups, to women victims of violence fleeing ISIS in Iraq, to young environmental activists and pacifists in the recent protests in Baghdad, to migrants fleeing to Tijuana from organized crime in Honduras. She is the winner with her team of the DIG pitch 2019.

Fabio Bucciarelli is a award-winning photographer and author known for his documentation of conflicts and humanitarian consequences of war. Fabio spent last decade covering the major world changing events around the globe. He reported from Libya – from the beginning of the civil war until the death of Gaddafi – from Syria – during the bloodiest battle of Aleppo – from Rojava, Iran, Iraq, Gaza, Ukraine, from the African forgotten countries including South Sudan and Mali and from Central and South America. Fabio feels the urgency to tell the stories of people who are rendered powerless and provide unbiased information focused on human rights.

Bucciarelli’s documentary works have been recognized with the most prestigious awards in the profession including The Robert Capa Gold Medal, World Press Photo, Prix Bayeux-Calvados for War Correspondents, POY Photographer of the Year, Getty Images Grant between others. Fabio’s images are frequently published in international magazines and newspapers; he is a frequent contributor with The New York Times and and his artworks are exhibited, with solo and group exhibitions, in museum and galleries worldwide.