En Camino is a journey from Mexico City to Mérida. It collects the testimonies of many women and activists. Through their experiences and emotions we face a fundamental question: what does it mean to be a woman in Mexico?

The answer is plural and leads us to the themes of economic exploitation; trafficking in persons; lack of protection by institutions; inequality in economic, educational, sexual and reproductive rights; the cultural meaning of the word love; sexual and psychological violence.In the texture of their faces, the colours of Mexico, its landscapes, its skies and clouds – because looking at the sky is the fundamental gesture to open new horizons – the women tell us the struggle for the right to be able to say “no”. 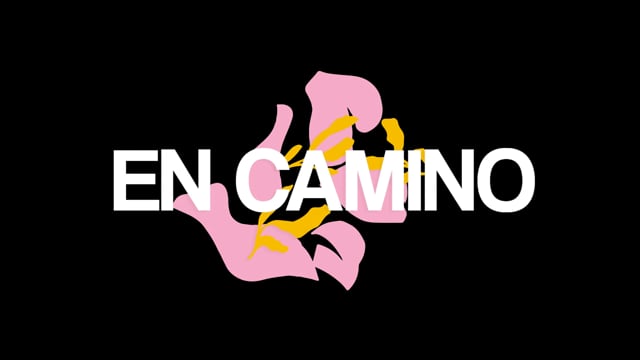 Isabella Cortese studied fashion and graphics at the IED in Milan, graduating in 2015 with a dissertation on dissident art. She immediately entered the world of work, becoming collection graphic designer at the Moncler brand. To date, she holds the role of graphic designer and creative director as a freelancer.

Federico Fenucci graduated from the State University of Milan in 2020 with a thesis on aggression in the animal world. From his first years at university he began working as a photographer’s assistant at photo shoots in Milan. He became enormously interested in the history of cinema and began to study it as a self-taught filmmaker.

Giuditta Vettese graduated from the State University of Milan with a three-year degree in philosophy with a thesis on the gaze and the power of images. She continued her studies in Paris with an interdisciplinary master’s degree in social sciences and aesthetics at the EHESS, graduating with a research thesis on the body, trauma and spiritual experience.