This story begin a long time ago when Iolanda fled from my grandparents’ house in search of a better life. Until then in my family she was the maid but for me she has always been my second mom. After 15 years, I went to Canada to hug her again.

From that moment her stories have brought to light a story that I had never heard before. A history of the past of which there are still traces today, and which continues to persist forever poised between love and subordination.

The distances that should have been bridged through this journey together, have brought out a new awareness in Iolanda. An unexpected perspective that I hope will allow her to savor a new freedom. 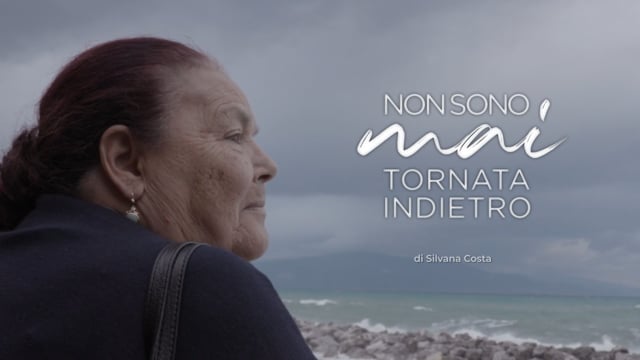 Silvana is graduated in “Documentary Cinema” with a thesis on Vittorio De Seta.

Since 2004, she worked as documentary filmmaker in collaboration with Suttvuess dealing with both the creative and productive process of several documentaries.

After the break-up of the group she found a new company with Federico Schiavi, This is Nacne. The new company is focused on the production of documentary films, corporate and promotional videos, breaking news, television formats, video reports and audio-video service for documentaries as well as conferences, conventions, shows, concerts and events. Silvana has always fulfilled different roles working as film-editor, executive producer and camera woman for several documentaries.