Someone puts a VHS in a videorecorder. As soon as the videotape is played, television images of all kind appear on the screen. The images are blurred: these are Beatrice’s childhood memories. Just like the videotapes are inevitably blurred, so are the memories of her childhood. That’s the beginning of a journey in which the film-maker processes some of the most important moments of her life and the relationship with her mother and her sickness. Thanks to this painful quest, the film- maker reconstructs her most intimate narrative to find what she had lost. 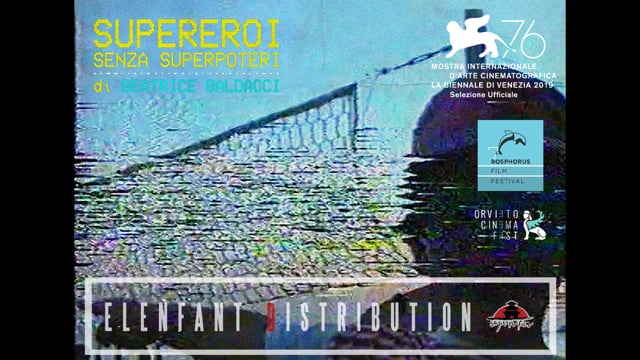 Attended the film course of the Rome University of Fine Arts (RUFA), she took courses in film directing and direction of photography with professors Daniele Cipri, Fabio Mollo and Susanna Nicchiarelli.

During the 48 Hour Film Project she won the best cinematography award. In 2017 she graduated with honors and presented her short movie Corvus Corax, which won several awards.

In 2018 she attended a basic course in film making at the Centro Sperimentale di Cinematografia with professor Claudio Cuppelini.

She won the Zavattini Award 2019 and that’s when she worked on her autobiographic documentary “Superheroes without Superpowers”, made entirely by archive material.