Musician and activist Pravini Baboeram presents “The Uprising”, a music documentary that tells the story of resistance against racism in Europe. With commentary and experiences from academics and activists, the Dutch-Indian singer/songwriter offers a decolonial perspective on the anti-racism movement in the Netherlands, UK and France. She not only provides an analysis of the history and legacy of colonialism, but also a vision on strategy for the future of the movement.

This documentary zooms in on collective challenges of communities of color. In 9 self-written songs Pravini connects the fight against Blackface, the struggle for the recognition of colonial crimes that the Netherlands has committed in Indonesia, the fight for the liberation of Palestine and the struggle in the political field for an inclusive society. “The Uprising” offers a unique view of the resistance against racism in Europe through the eyes of people of color. 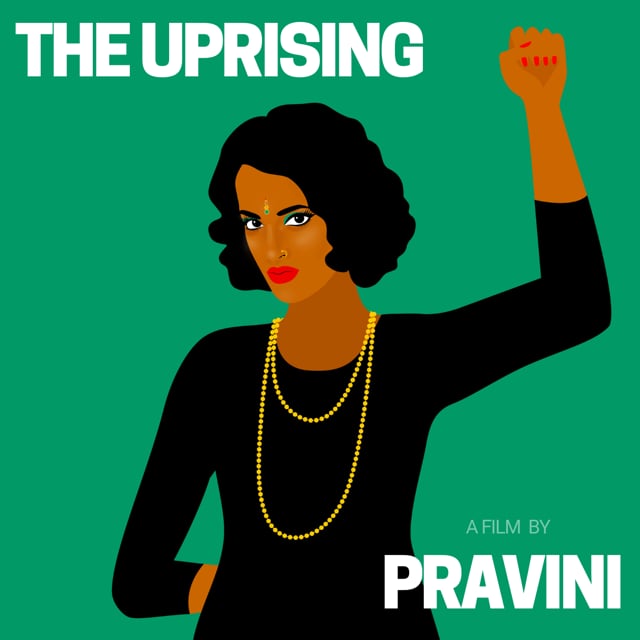 Pravini Baboeram is an artist and activist, creating art to contribute to social change. As an independent artist she has set up her own label Pravini Productions, that has produced 5 albums, 6 singles and 5 international tours. She is co-founder of action committee Holi is not a Houseparty, a campaign against cultural appropriation of the Hindu spring festival Holi, and initiator of the Anti-racism Voting Guide.

In addition, she led the campaign Tetary Must Rise, a crowdfunding campaign for the replacement of the statue of colonizer Barnet Lyon by the Hindustani warrior of resistance Janey Tetary. Pravini also set up Indian History Month to celebrate stories and contributions of people from the Indian diaspora. In 2019 she releaseed her album and documentary “The Uprising”, a film about the anti-racism movement in Europe. With this film Pravini makes an innovative contribution to the documentary genre, in which she fuses art and activism in a unique way.