A documentary about the relationship between people and things. We regard everyday things as our property, but is it nothing more than that?

The film is a bundle of short stories. It is about a collector who lives like a “god in France”; an artist couple who let themselves be moved by the things around them in their performances; a “Parliament of Things” group session where people empathize with things; a refugee philosopher from China who has had to leave all his things behind. Actress Raymonde de Kuyper narrates and plays “The Voice of Things”. 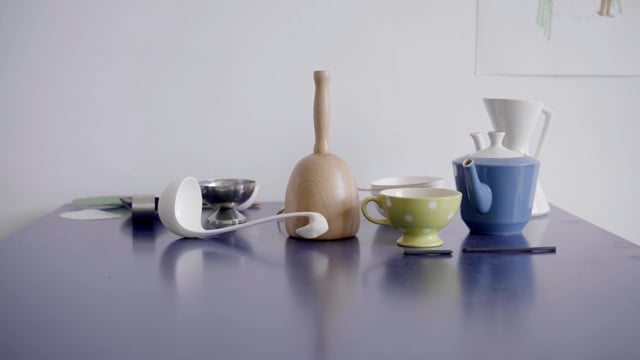 Nathalie Faber lives and works in Amsterdam, Netherlands. She makes films, art exhibitions and books. ‘We The Things’ is her directing debut for a mid-length documentary. Together with photographer/cinematographer Matthijs Immink she made the book series ‘Things’ .The film is a continuation of the theme. ‘We The Things’ has been selected for the Debut Competition 2019 of the Netherlands Film Festival.

As a curator, she initiated many art shows and produced her own television series ‘Big Art for Little People’ (nominated for the Cinekid Kinderkast Jury Award) in collaboration with KRO-NCRV, a Dutch public broadcaster. She directed ‘W.E.B’, a television program for VPRO, a Dutch public broadcasting company. She is the initiator of the ‘Docs Online’ program at the International Documentary Filmfestival Amsterdam.